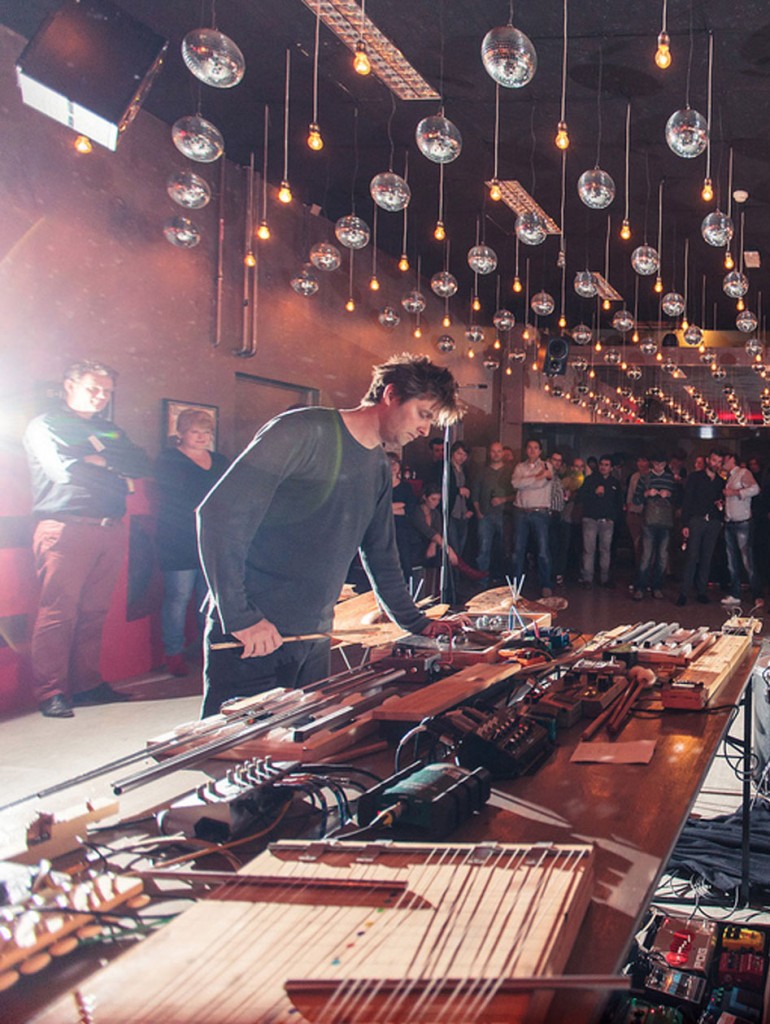 In 2006 he got in contact with Liars. Developed over six years of prototyping, he fully realised the Moodswinger for them with commissions from numerous other musicians to follow.

Landman has custom built derivatives for such musical luminaries as Sonic Youth, Half Japanese, Enon, Lou Barlow, The Dodos, Blood Red Shoes, Liars, HEALTH, and others.

Around 2008 he started giving lectures and presentations with his instruments, leading to a request in 2009 for a practical building workshop. This became the rise of the Home Swinger DIY workshop, which is his main job ever since.

The track ‘Soundtrack to a Panic Attack’ is made by Landman in collaboration with Arnold van de Velde and Rene van Lien.