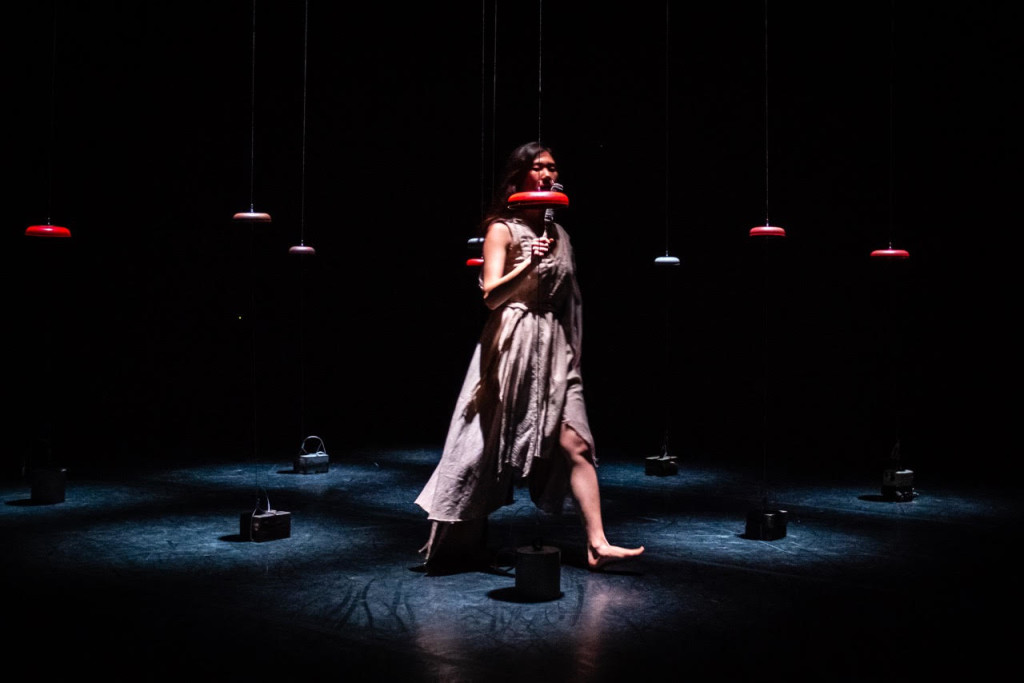 AyaSuzuki_NineBells_Extrapool_010320_Loud (23:19)
Aya started studying music at the age of six.
Another six years later, when she was twelve, she took up the marimba and percussion. After graduating high school, a time in which she already played many solo concerts,
she went on to study at the Toho-Gakuen school of music in Tokyo,
where she was taught by the world-renowned marimba player Keiko Abe.
This led up to a first prize in The contest of Marimba Spiritual in 2012, which was held in the memory of composer Minoru Miki.

On march 1st of 2020 Aya Suzuki played her Butoh inspired version of ‘Nine Bells’  by Tom Johnson. Her performance was part of the second Extrapool weekend of that year