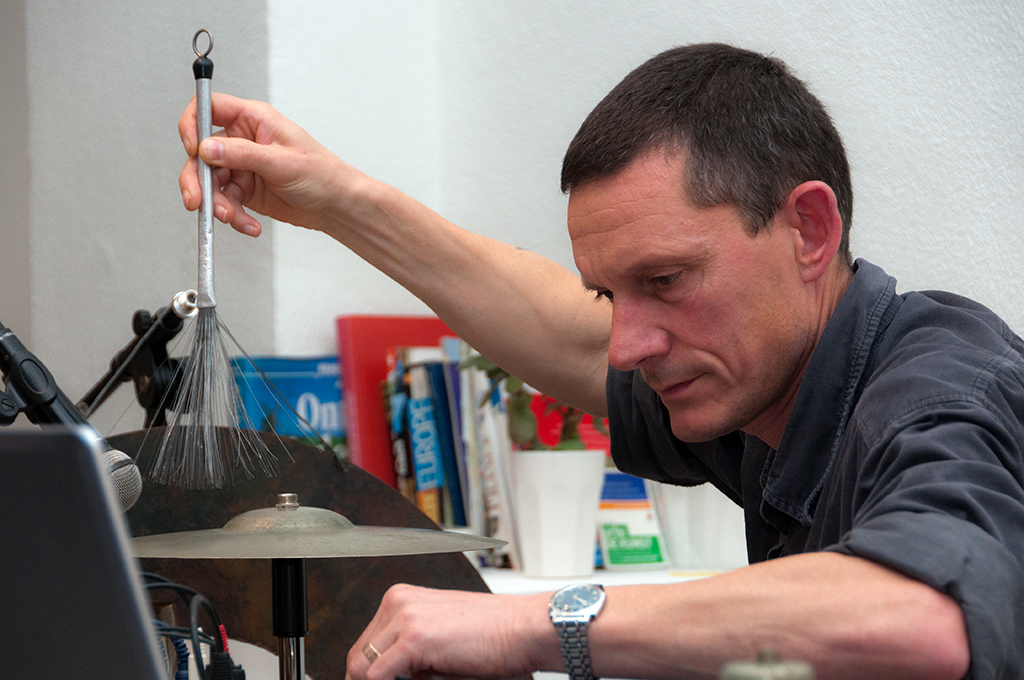 Roel Meelkop (1963) studied visual arts and art theory at the Willem de Kooning Academy in Rotterdam, The Netherlands. During a post-graduate course at the same academy he decided to dedicate his work to sound and music. His musical activities date back to the early eighties when he started THU20, together with Jac van Bussel, Peter Duimelinks, Jos Smolders and Guido Doesborg. THU20 have released several tapes and CD’s and performed regularly in Europe. The working method of THU20 included many discussions about how to compose and why. This period was crucial in forming Meelkop’s ideas and concepts about sound and how to organise it, but it was not until the mid nineties that he was able to fully realise these ideas. The purchase of a sampler and later a computer radically changed his possibilities of working with sound, offering infinitely more control and freedom. Since then he has worked steadily on a body of work, most of which was recieved enthusiastically in the small but dedicated world of sound art. His other activities include working with Kapotte Muziek and GOEM and organising sound events, mostly in Rotterdam. Aside from releases, Meelkop also creates site-specific sound installations and performance pieces in collaboration with other artists. In the last couple of years he has focussed more on collaborations with other musicians and (visual) artists. One particular collaboration is with Frans de Waard, also known from Kapotte Muziek and GOEM. They now work together as Wieman, a project that combines all their musical interests, from noise to classic, from pop to avantgarde, from improv to composed.