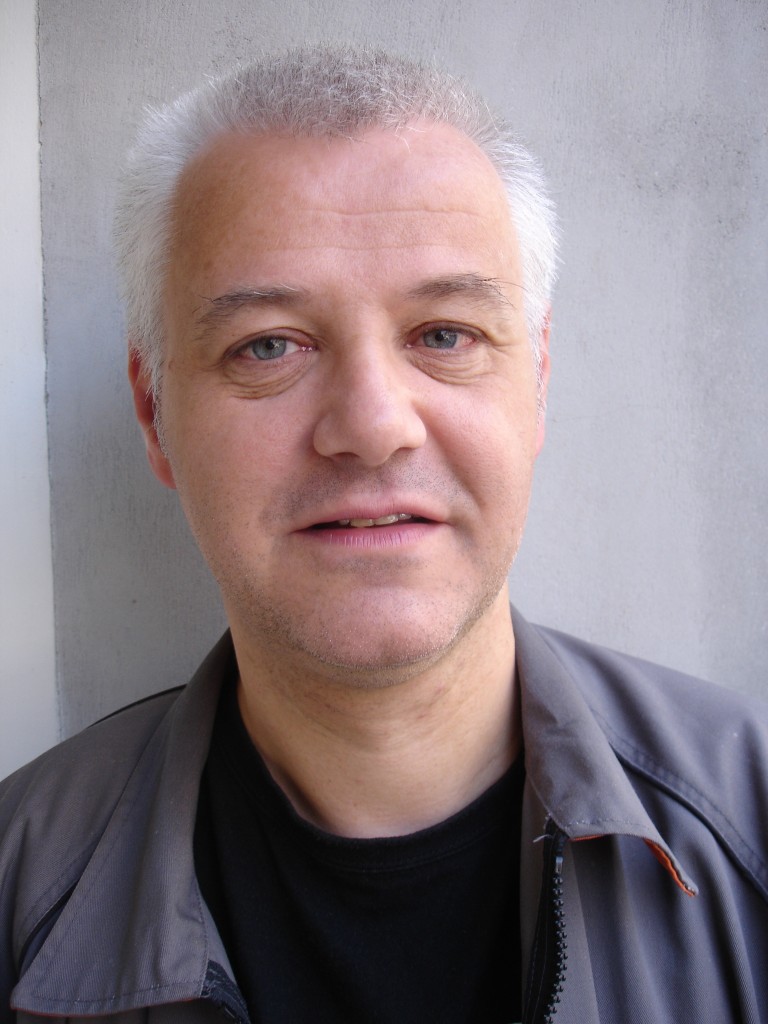 Frans de Waard (1965) has been producing music since 1984. First as Kapotte Muziek, but throughout the years, he also worked as Beequeen (with Freek Kinkelaar), Goem (with Roel Meelkop & Peter Duimelinks, both of whom are also a member of Kapotte Muziek these days), Zebra (with Roel Meelkop) and such solo projects as Freiband, Shifts as well as his own name. He has worked for Staalplaat (1992-2003) and since 1986 as a reviewer for his own publication Vital, now only Vital Weekly, an online music magazine, which has been the online source for underground music since 1995. In February 2007 he played various solo concerts as Goem|FDW in Japan, as part of a package tour with Pan Sonic. Frans de Waard also likes to play sets of improvised music with whoever is available, just as he did with people like Guiseppe Ielasi, Jaap Blonk, Howard Stelzer, Roel Meelkop, Andrew Liles, Radboud Mens and the mayor of his home city Nijmegen. In 2008 film maker Harrie Timmermans made a small documentary about his work with Kapotte Muziek under the title ‘What You See Is What You Hear’. He has given workshops and lectures at various places, such as Extrapool, the art academy of Maastricht en ‘s-Hertogenbosch, the Glinka Conservatorium in Moscow and Lithuania. With Scott Foust he formed the duo The Tobacconists in 2009 and with Wouter Jaspers the duo Ezdanitoff in 2010.