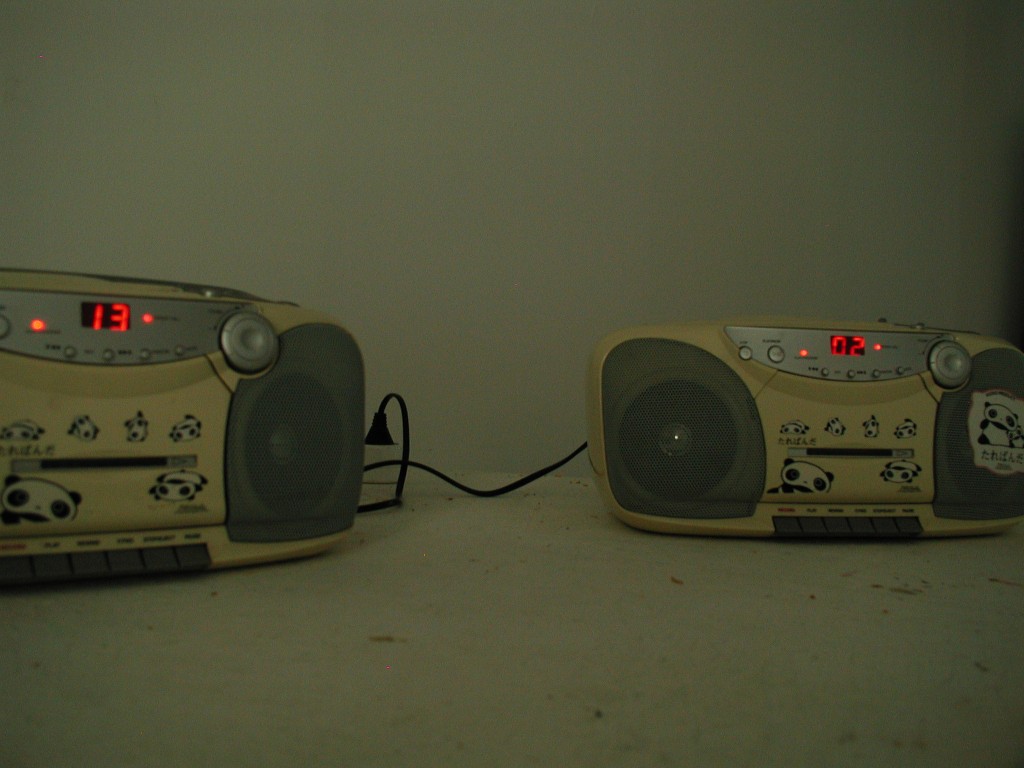 Steven Vinkenoog (Haarlem 1970) is a sound artist, composer and guitarist. Steven studied at ArtEZ Institute of the Arts Arnhem and Enschede and the HKU University of the Arts Utrecht. He has been playing in bands since the early eighties. Somewhere in the year 2000 he started making guitar based sound installations, which eventually led him to writing and recording pieces for solo and multiple guitars, with or without the use of some, whether old school or state of the art electronic devices. At the moment his main focus is on the use of feedback in installations as well as in solo guitar pieces, and also on pieces for multiple randomly played CD’s. You might know him as one half of the musical slapstick duo Donné et Desirée. The piece submitted is called “Plain” (For Players), and it’s the first piece for randomly played CD’s. It was recorded in Seoul in 2005 and consists of three boom boxes playing 36 notes each at random. It can be found on a CD entitled “Installations”.