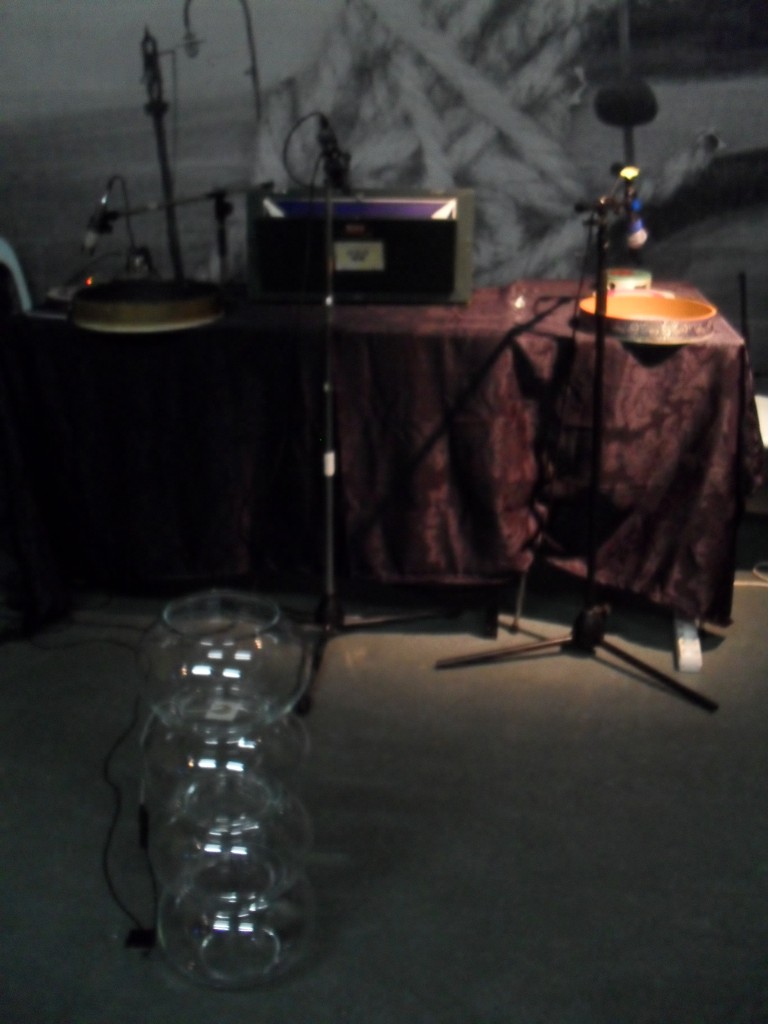 From 1993 we are working together as an artistic duo.
The starting point for our artistic work is the notion, that movement and sound are identical; without movement (vibration) nothing can be heard. This idea is worked out by us in every
thinkable form: installations, works in progress on location, performances, concerts, etc.
Because of the temporary character of the media sound and movement, our works, up to now,
have always been presented during a limited period of time. So there are no objects for sale.
Besides using the media movement, sound and image, we also have an interest in using new media
and technology, that are often realized especially for our projects. Recently we are very interested in
projects that deal with communication, formal translations, and (mis)understanding, and we are conducting our researchproject WAVES, in which we investigate the use of movement feedback to create installations and concerts.
We are also co-founders and members of the multimedia group Antarctica, and since 1982 Mario is a member of the legendary cultgroup the Maciunas Ensemble with Paul Panhuijsen, Jan van Riet and Leon van Noorden.