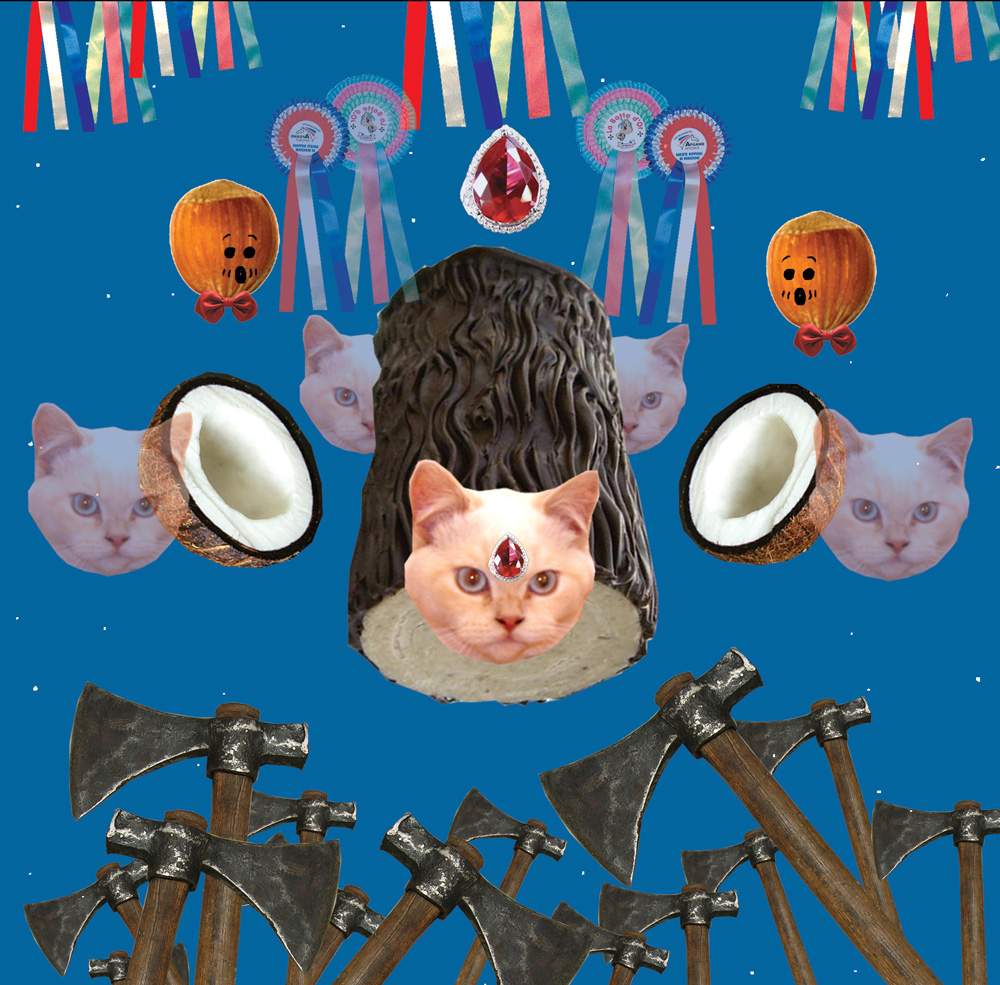 “Le Club des Chats is a duo where feminine and masculine voices answers each other. They couldn’t be concerned about playing rock music : instead, they nonchalantly take us to a universe crowded with cats, dogs, onomatopoeia and eccentric concepts…”

Each track tells us the stories of hysterical animals in a cartoon-like universe, made