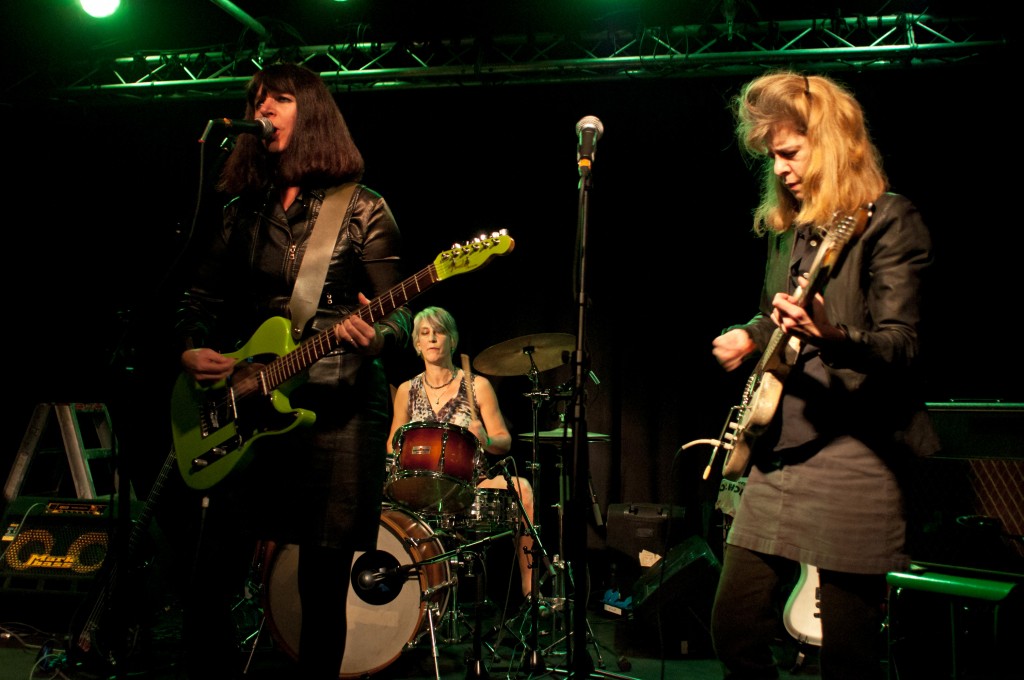 “The raw power and sheer drive of Ut is quite straightforward and unmistakable. This is a true threatening guitar band.” (N.Y. Rocker)

Ut is a radical rock group that was founded by Nina Canal, Jacqui Ham and
Sally Young in NYC in Dec ‘78. Originating in the downtown No Wave scene and inheritors of the collision between rock, free jazz and the avant-garde, Ut was conceived to explode the rigidity of conventional rock groups. Songs are constructed through collective improvisation and each member plays all the instruments and rotates the role of singer/director. Ut soon became a serious force within the New York music scene and a seminal influence on later bands like Sonic Youth.

Ut migrated to London in 1981 and played with bands such as The Fall and The Birthday Party. Ut began releasing albums on their own label, Out Records, and soon became a favorite of BBC’s John Peel, recording sessions for his show in 1984, 1985 and 1987. The band joined forces with Blast First in 1987.

The critically acclaimed In Gut’s House was released in 1988 and made NME’s Top 50 that year. As The Washington Post exclaimed, “With In Gut’s House, Ut
has scraped and droned one of the finest underground rock albums of the year… The tightly interwoven, firmly focused sound… is rich, spooky, urgent and quite unexpectedly beautiful.”

In Gut’s House and Griller are available now on Mute/Blast First, Mute sounds and iTunes.

Ut reformed in 2010 and have recently toured in the USA, the UK, Ireland and Europe.