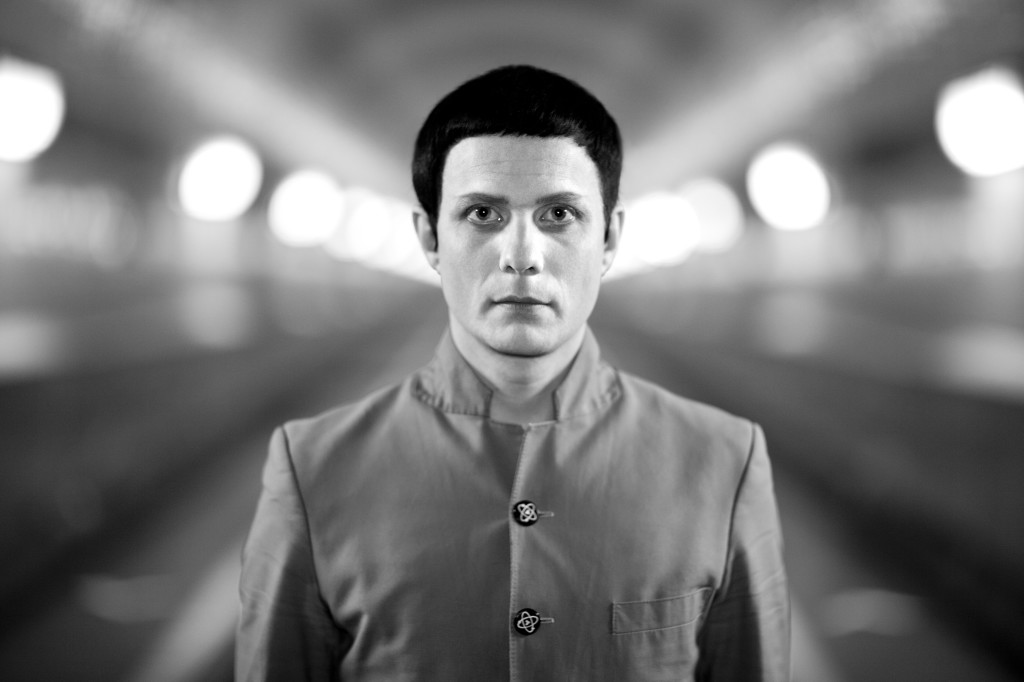 felixkubin.com gagarinrecords.com info@felixkubin.com
Felix Kubin is one of electronic music’s most dynamic and versatile performers. A lovechild of the home recording era, his activities include futuristic pop, radio plays (Hörspiele), electroacoustic music, and works for chamber orchestra. Kubin’s music is saturated with enthusiasm for disharmonic pop, industrial noise, and 20th-century avant-garde music. In the last 20 years, he has released a diverse array of albums and played over 100 electronic music festivals. He likes to move between high and low culture, clubs and concert halls, as his main concern is the shifting of contexts and expectations.
At the age of 12 Felix Kubin started to compose electronic 4-track music with a synthesizer, an organ, a cheap casio keyboard and a drumcomputer. He wrote his own lyrics and performed live on Punk and New Wave festivals when he was 14. Hamburg’s impresario Alfred Hilsberg (founder of the ZickZack label) had invited his teenage band „Die Egozentrischen 2“ several times to play on his notorious festivals.

In the 1990s Felix turned to electroacoustic noise music and formed “Klangkrieg” with Tim Buhre. The group developed an atmospheric and „cinematographic“ style of music that became more abstract over the years. In 1998 he started to produce futuristic pop music and launched the independent record label “Gagarin Records”.

Since 2001, Felix has been writing and producing radio plays (in Germany called „Hörspiele“) for national radio stations like WDR and Deutschlandradio Kultur as well as Vienna’s ORF Kunstradio. He received several awards for his radio art, among them „Hörspiel des Jahres 2012“ (radio play of the year) and „Prix Phonurgia Nova 2011“. His recent activities include compositions for electronics and chamber music. He has received two commissions by the North German Radio (NDR) for their series „das neue werk“ as well as a commission by the German Music Council. The latter resulted in his release „Chromdioxidgedächtnis“ (out in 2014), a boxset including CD, MC and a booklet with two essays.

Apart from his music activities, Felix Kubin has given lectures and workshops at art institutions and universities in Europe, the USA, Canada and South America. He currently teaches audio art and experimental film sound at the HfBK (academy of fine arts) in Hamburg.